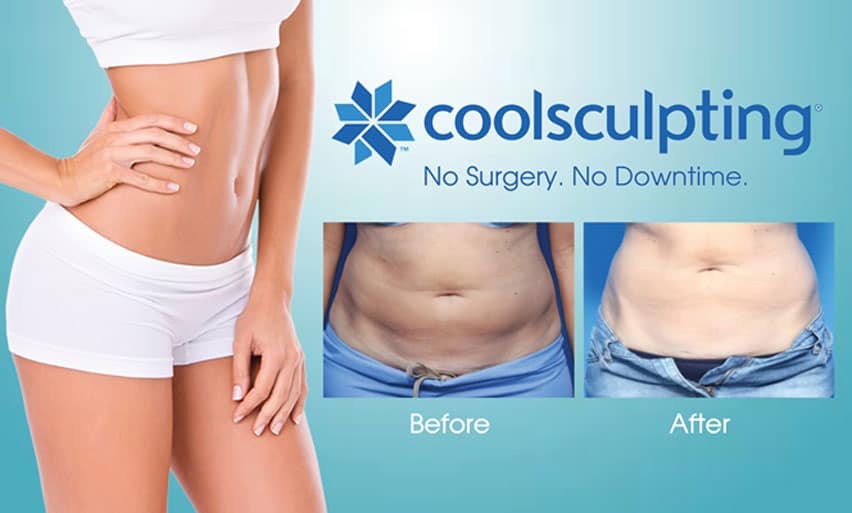 Fat reduction treatments come in a wide variety, as they’re all made to suit specific kinds of bodies, each with its own type of fat buildup. Naturally, you can’t just have a single treatment that’s a “one-size-fits-all”. There are tons of factors you need to account for and be careful, as it’s a matter of health and safety.

So, let’s take a look at exactly why Coolsculpting NYC clinics’ newest way to tone, is gaining traction all across the world and is being respected by many clinics as the newest safe way to tone the fat layers all across the body. And thanks to a little enlightenment provided to us by Manhattan’s MiracleFace MedSpa, we can dive into exactly what makes this treatment so special.

Let’s think about how fat is actually extracted from the body. There is a myriad of treatments, capable of performing this task through a variety of techniques. Some procedures involve the literal cutting out of the fat clumps and their physical extraction from the body. Other fat reduction treatments resort to burning away the fat from the inside of the clump, using special kinds of natural acids, which safely deteriorate the fat cells, but leave everything else unharmed.

While modern science and medical technology have allowed these treatments to be super safe, with little to no risks being posed to the patient’s health, there are still many factors that come into play. And the more factors there are, the harder it is to control the procedure.

For example, the chemicals used to burn away the fat are safe, as they’re engineered to not damage anything other than fat cells. But what if you’re allergic to that particular chemical? That could lead to some potentially dangerous situations. Cutting the fat out is also just as much of a pain. Not only does the procedure involve the physical incision into certain areas of the body, but also the process of actually cutting out the fat, then having to patch things up again is a very difficult and complicated procedure, one that not everyone will want to go through.

But this is where Coolsculpting shines, as it ditches all these hazardous steps and potentially dangerous procedures for something a lot more simple. What many don’t know is that there are actually two ways to get rid of fat cells, as they are able to be destroyed differently. By cutting them out or by destroying them with chemicals, you’re effectively killing them from an external source, causing necrosis.

After being exposed to these temperatures for around 40 minutes, the cells automatically commit, what is, essentially, cell suicide, and are left dormant. After some time, the body simply scoops them up and gets rid of them. This process is completely natural and doesn’t require any kind of input on your or the surgeon’s end.

Instead, the only thing required of you is to go through the special procedure, which just so happens to be nothing more than 40 minutes of lying down as the Coolsculpting equipment does its job. The equipment itself is really just a couple of pumps that deliver cold air to the designated area on your body.

They are placed on your body and turned on, causing those areas to be cooled down, bringing cold air into contact with the fat cells. And once the fat cells are exposed to the air, they’re pretty much as good as gone, since for the next several months you’ll be shedding them through completely natural means.

All you’re left with are toned areas of the body, which didn’t require any complicated procedures or painful surgeries to get to. All you had to do was sit in a chair for a little while, as Coolsculpting worked its magic.

This is the absolute basic information you can learn about Coolsculpting, but there is so much more that you can find out as it just so happens to be one of the most fascinating procedures in the beauty industry. It’s really interesting to see the ingenuity that comes with working around difficult tasks and finding easier ways to accomplish them.

And you can be sure that if you just so happen to live in a big city like NYC, then you’re lucky since you have many chances to try out Coolsculpting for yourself. Many clinics carry the treatment in their roster and proudly offer it to many clients.

So if you’ve ever wondered how you can tone your body without going through the countless hassles that come with the more traditional treatments, then Coolsculpting is right up your alley. And thanks to its rise in popularity, it’s also one of the more affordable fat reduction treatments on the market.