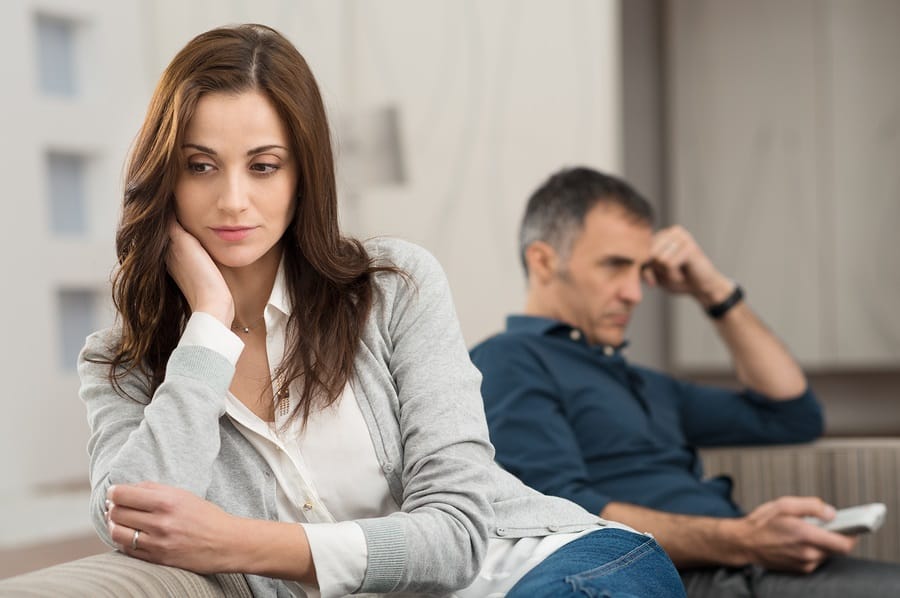 Most married people tend to slur over their marital problems. By doing so, they miss out on the chance to improve their situation and save their marriage. Truth be told, it is important for a couple to be able to discuss every issue that doesn’t work for one partner or another in time. Marital problems don’t arise in a flash. Usually, people prefer to live with their troubles rather than solve them particularly because they don’t want things to get even worse; however, this is exactly how they unwittingly foredoom their marriage to failure.

No people enter into marriage to file divorce eventually. Nevertheless, all of them should understand that problems are bound to arise in all marriages. The difference is that some couples work hard to save their relationships while others decide to leave things to chance and thus end in divorce.

Therefore, it is always recommended to use your every problem and turn it into an opportunity to strengthen your marital relationships until it is too late. Below, there are five signs that indicate that your marriage is over.

1. You often think about separation

What should raise a red flag is you constantly thinking of leaving your spouse. If you often think about living apart, then your marriage is breaking down steadily. Have you ever started your day and lain down for the night with the intent to break up with your partner one of these days? If so, you have already put an end on your marriage.

Experts reveal that there are many of those who claim that a movie has affected them a lot so that they decided to break up with their partners. So, if you cannot think about anything but separation, then it is time to make a final decision and start looking for divorce preparation services.

It is hard and, for some couples, impossible to recover from infidelity. When one partner steps out of his or her marriage for intimacy, no matter whether it is sexual or emotional, the marriage starts to fall apart slowly but steadily.

No good marriage can go without trust. Without it, no relationship can last long. Once trust is broken, it is extremely hard to restore. Even if an unfaithful spouse is determined to restore his or her partner’s trust, the emotional trauma caused by unfaithfulness can last for many years to come, if not for the rest of life.

3. You start to communicate less

Communication is a foundation of all relationships, and marital ones are not an exception. When spouses don’t strive to communicate with each other when they meet at home after a long working day or simply don’t want to find some time to discuss their issues with each other, this may indicate that their marriage is falling apart.

There are many reasons why married people start to communicate less – they have busy schedules or they work different shifts and thus are rarely in contact. No matter what the reason is, when spouses stop intercommunicating, it is a red flag that shouldn’t be overlooked.

4. You have little to no sexual intimacy

When people start noticing that the quality of their sexual life has been greatly reduced over the past few months and it doesn’t give them any pleasure nor bring any satisfaction, it is time to evaluate their marital relationships.

A study with two hundred randomly selected couples showed that good sex life is a ground for happy marital relationships. Not only the hormones produced during sex promote love, but they can also reduce stress levels and increase trust between partners. Spouses, whose marriage lacks this key element, usually feel undesired, unappreciated, and diffident and very often end up thinking about separation or getting a cheap online divorce.

For every married couple, it is just fine to have a quarrel once in a while; however, when arguing seems to be never-ending, it is a good reason to get concerned as divorce filing seems to come next. It happens that people become extremely contentious and they are always in search of an issue to argue about with their partners. This is how they unconsciously destroy their marital relationships. When spouses have nothing good to say to their partners anymore, their marriage becomes fragile. Nevertheless, those argumentative individuals, who finally grow aware of their misbehavior, have all the chances to improve the situation.

It is found that married people are more satisfied with their marriage if they have a strong friendship. Therefore, those who never stop arguing insult each other for no obvious reason and feel some relief when their partners are somewhere but in the house, are very likely to end in divorce pretty soon.