What’s the first thing that comes to mind when you come across the word ‘fever?’ Whatever you think of, it probably has something to do with diseases or other common medical conditions. A fever is one of the prevalent complaints in medical practice. As such, it has always been used to determine whether one is unwell.

However, this doesn’t conclusively tell the whole story, but it gives you an idea about the current health state of the person. There are also signs to show that the body is reacting positively. So, at what point is fever breaking?

Read on to find out more about fever and what happens in your body when you’re in this state. But before going into detail, it’s imperative that you get the definition of this popular word.

What Is a Fever?

Also known as pyrexia, fever is defined as the body temperature is already above the normal range for that particular individual. It’s worth noting that fever comes about without any physiological cause such as exercising, lifting luggage, or menstruation. As such, rectal and oral temperatures are usually used as they give the most accurate values.

One is said to have a fever if their temperature measures anywhere above 38°C or 100.4°F. For an adult, this range is only uncomfortable but not life-threatening. It becomes too serious when the value hits above 40°C, which is regarded as a high fever.

If all physiological aspects have been ruled out, what then causes fever?

The Root Cause Of Fever

As you might have noticed, fever is mostly associated with bodily infections. Contrary to some beliefs, fever is not a disease but rather a symptom indicating an underlying disease. It could either be a flu, cold, or even malaria.

Many health conditions exhibit fever as their main symptom. As a matter of fact, this is one of the many responses of your immune system if the body detects an intruder like a viral or bacterial infection. Therefore, fever is not really the problem, but rather an indication that your body needs some attention.

In the process, the immune system triggers the production of pyrogens, which are substances that can cause febrile reactions. The blood then transports these chemicals to the brain, where they send a ‘message.’ Consequently, the operations of the hypothalamus, which is the brain’s section that’s responsible for temperature regulation, are disturbed. These pyrogens inhibit the neurons tasked with sensing heat and, at the same time, excite those that sense cold. The hypothalamus is, therefore, deceived into thinking that the body temperature is lower than the actual readings.

As such, it goes to raise the body temperature to a point where it thinks that it’s normal, but, in reality, the body temperature is pushed beyond the normal range. At this stage, you’ll start feeling the heat rising in your body, a condition clinically described as fever.

So, why does the immune system use this as a defensive mechanism? 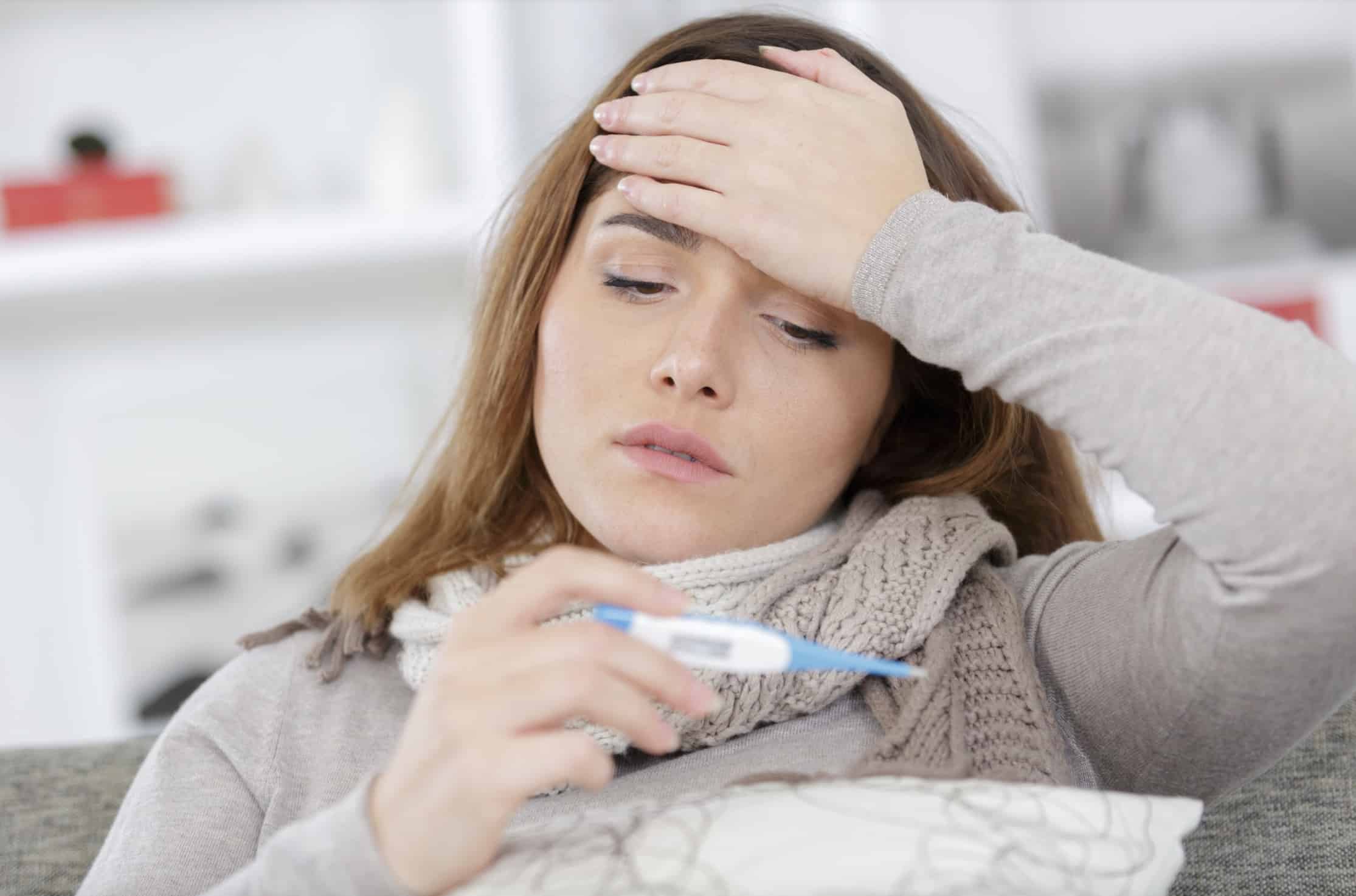 As stated earlier, the fever is an indicator of an underlying disease. The body, on the other hand, utilizes it to fight foreign invaders such as viruses and bacteria. High temperatures stimulate the activity and multiplication of leukocytes (famously known as white blood cells) and fasten the production of antibodies. At the end of all these activities, the body will be in a good position to fight whatever infection you might have caught.

It’s also worth noting that microorganisms hardly survive high temperatures. That said, this is the immune system’s strategy of directly killing these viruses and bacteria. These conditions further inhibit the growth of those that can survive the heat.

How To Counter Fever

As they say, a healthy lifestyle is very crucial for your immune system. But if you’re already sick, what can you do to help the immune system do the job and fight whatever is causing the fever?

Many people are usually happy to treat the fever rather than the underlying issue. This only helps when it’s one of the low-grade fevers. Even so, it’s always best to leave such fevers untreated to give the body a chance to deal with the microorganisms by itself. Doing this will further strengthen your immunity against similar pathogens.

However, higher fevers are not only too uncomfortable, but it’s also a sign that the underlying condition is too serious to be ignored. If you’re not sure about the cause, it’s recommended that you take antibiotics like acetaminophen or ibuprofen. Remember that this will only treat the symptoms to help you tolerate the situation.

Additionally, it’s important to remember not to give ibuprofen to kids below the age of six months. Children above this age but not beyond the teenage phase shouldn’t take aspirin, too. In case you have some burning questions, you can always ask your pediatrician.

Other ways to help lower your body temperature is by getting rid of any heavy clothing or blankets then make the room cool. If that doesn’t help, try to take a lukewarm bath. Finally, make sure to drink plenty of fluids. This is important as high temperatures may lead to dehydration due to a lot of sweating and some related metabolic reactions. Avoid alcohol rubs and ice baths as much as you can as they induce shivering, which is a physiological process that may cause a further rise in body temperature.

As mentioned, treating the symptoms–whether low or high fevers–will only suppress the signs. If the fever persists after three days, it’s time to see the doctor. This is an indication that your immune system is not capable to fight whatever is causing high body temperatures.

Now you know why your body produces a lot of heat after an infection. The immune system uses it as a defensive response to microorganisms.

High temperatures will not only kill bacteria and viruses but will also trigger the production of antibodies. You don’t have to treat low temperatures, but if it’s a high and persistent fever, call a professional doctor immediately.