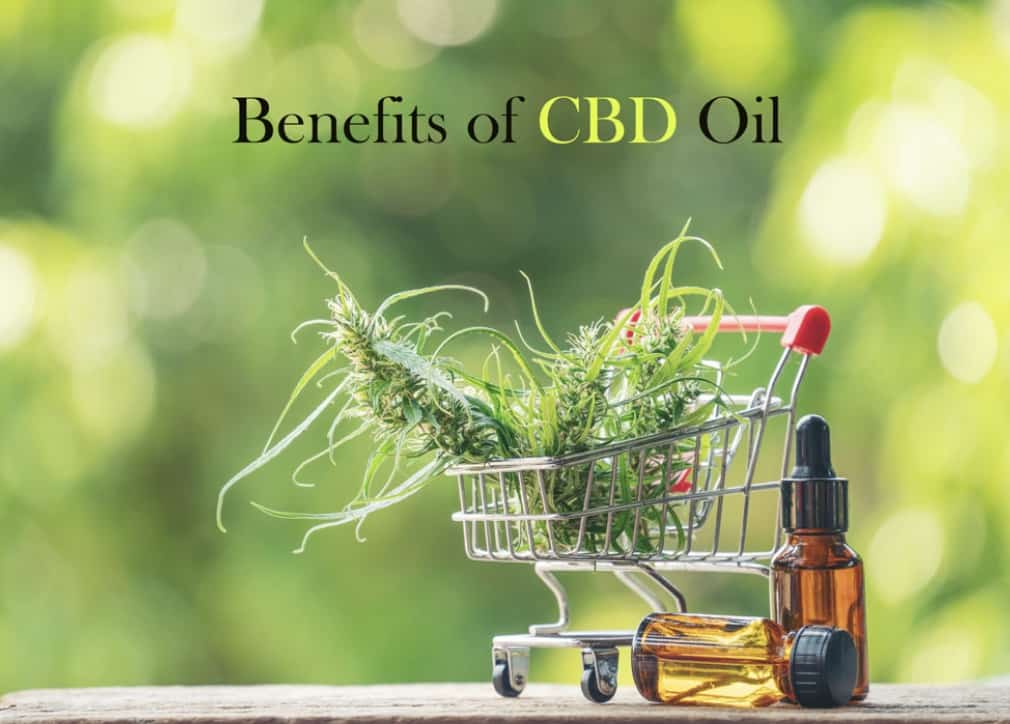 CBD oil is now becoming all the rage. You may have seen it in magazines, on billboards, or on social media. But what really is CBD? Why is it popular nowadays? That is why we are bringing you a comprehensive CBD oil Benefits List. This will give you the minute details to learn and purchase CBD oils if you want.

CBD oil or CBD capsules, also known as Cannabidiol, is a chemical usually found in marijuana plants. It is a famous natural remedy for various conditions. In 2018, the United States legalized the use of CBD through the passage of US Farm Bill 2018. That made it all the more accessible.

Although it came from marijuana plants, it doesn’t have any strong side effect such as intoxication. For this reason, CBD became an appealing option for pain relief and other symptoms. Its popularity in the health and wellness world is also supported by various scientists and studies.

Why you should consider using CBD oil?

As said earlier, CBD doesn’t have dangerous side effects. It is not psychoactive. It won’t make you high like that of the usual side effects of marijuana. It has no THC which is responsible for the famous marijuana intoxication. CBD hemp Oil only concentrates on CBD benefits and delivers proper value with no intoxication. You can administer CBD in many ways, such as smoking a cannabis strain or consuming it in edibles. One of the most common ways is a CBD tincture, especially for those trying cannabis-based products for the first time.

Besides being famous in the health sector, its effectivity is also guaranteed by scientific evidence.  According to the study of the European Journal of Pain, CBD is proven to be effective as remedy for chronic pain and other diseases. CBD oil for Anxiety is popular for people dealing with anxiety issues

CBD mechanism is quite unclear. Unlike THC, this chemical has slow “cannabinoid receptor” in the human brain. These molecules are the ones responsible for psychoactive effects. The Best CBD oil has benefits that affect your mind and body positively.

Here is a CBD oil benefits list for you to know:

The strongest scientific evidence of CBD is its effectivity in curing serious epileptic syndrome among children. Most anti-seizure medications don’t work in this kind of illness. However, in numerous studies, this chemical seems to be effective to reduce seizures and was able to eliminate the symptom in some cases.

A lot of documentaries about its effectivity on epileptic children are available on the internet. Just recently, the FDA approved the first ever cannabis containing CBD medication for this condition which is called Epidiolex.

Anxiety and depression are strong mental illnesses that affect one’s overall being. Both can be treated by pharmaceutical drugs but comes with some serious side effects. However, CBD has shown to be effective as anti-depressant and made anxiety manageable. This is because the chemical activates the serotonin hormone which is good for the mental health.

In a study conducted in Brazil, 57 participants received CBD and placebo before public speaking sessions. The researchers found that those who take the CBD were successful as they were able to manage their anxiety during public speaking. On the contrary, the placebo, did not have an effect on the participants’ level of anxiety.

Some scientific pieces of evidence suggest that CBD eases symptoms of Multiple Sclerosis. Studies show that it reduces muscle spasms and pain to some patients. As of the moment, there’s a pharmaceutical drug known as Sativex which contains CBD ingredients. The drug is available in Wales and England but as treat for “moderate” to severe cases of spasticity.

For the effectiveness of Sativex, a study with 47 participants has been conducted. After taking the drug, the participants experienced pain relief, muscle pain, and were able to walk. Meanwhile, another study with 58 participants also proved that they have improved their sleep. Their arthritis diminished, and the quality of their physical movement was improved.

Great for Pain and Inflammation Relief

The effectiveness of CBD oil for pain is also backed up by scientific studies. The side effect of CBD in your brain’s receptor regulates pain. Some studies suggested that cannabis plants where CBD originated are helpful for patients who just underwent chemotherapy treatment.

Moreover, another pre-clinical study spearheaded by the National Institute of Health, concluded that cannabis help manage symptoms cause by chronic pain, muscle pain, spinal cord injuries, and arthritis. Besides being effective in relieving pain, it also doesn’t cause tolerance. That said, you would not need increasing your dosage.

Recent studies by Journal Clinical of Investigation found that a human’s sebaceous gland are deeply affected by oil produced by the body. These glands are responsible for producing sebum, a natural oil that hydrates our skin. When the sebum is too much, acne occurs.

There are more and more studies being conducted on the health benefits of CBD. In some studies, CBD proves to remove or reduce brain cell decline, oxygen build-up, and inflammation. When there’s inflammation, the release of oxygen happens. The inflammation in the brain which is the root cause of Alzheimer’s can be medicated by CBD oil.

The brain cells of Alzheimer’s patients show rapid destruction and decline. The CBD oil, on the other hand, stimulates the brain tissue which is good to improve the condition of the patient. In clinical trials, the chemical has shown to prevent the development of the disease.

Strong side effects do not occur usually after the use of CBD oil. However, side effects may happen to some such as:

A lot of research is needed to fully understand the risk of side effects caused by CBD oil. As we all know, CBD is made from cannabis plants, and some cannabis like marijuana are highly regulated. This is the obstacle faced by researchers in conducting more CBD oil studies. However, with its legalization, more research and answers will definitely come out in the near future.

CBD oil is illegal to some countries. But in some US states, The US Farm Bill of 2018 changed everything. The said law legalized the use of “Hemp” where CBD is derived. It contains not more than 0.3 level of THC, hence, legal.

When the THC level is so high, say, more than 0.3, some states categorized them as “marijuana” or Schedule 1 drug. Schedule 1 drug is the prohibited drugs because of the risk of abuse. In short, when it comes from “hemp” plant such as CBD, it is legal.

Scientific studies about CBD oils have just begun. While many studies claim it to be effective, still more research is necessary. Without sufficient and high-quality research, we can’t recommend dosage for your specific need. It is still best to consult your doctor before using CBD Oil.

Dispensary Near Me Now