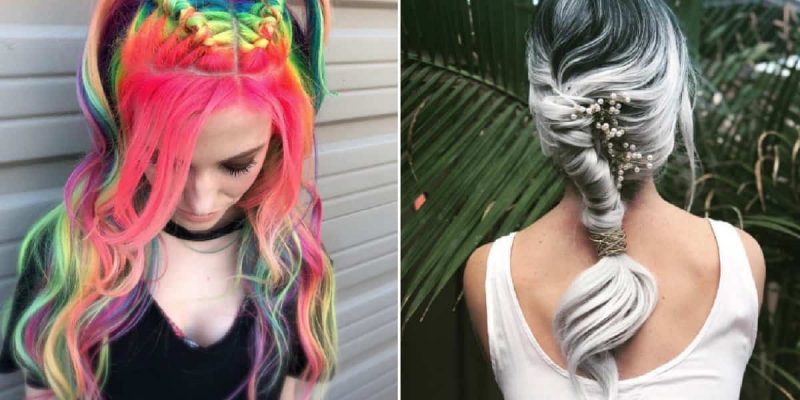 From detailed to simple, women have always looked for the next best thing how to braid their hair. And now, with the Pipe Braid trending, women are trying to find out how to get this braid that is part French braid, part infinity braid, and part twist.

What makes the pipe braid so cool? For starters, it is a hairstyle that looks cool and feels cool, especially when you are trying to combat the hot summer weather. Pipe braids can withstand hours of fun, and you won’t have to worry about your hairstyle breaking.

Let’s start with the classic pipe braid that is tailor-made for a festival party. You get a hairstyle that will keep your hair in check, and let you party all day and all night long. Could you ask for anything more?

There are many variations to the classic pipe braid. And it all comes down to what you want and what you need. For example, if you need a bit more volume and texture on the top of your head, an updo is a great idea.

The waterfall take on the pipe braid gives you a bit more of a cool factor. It is a hairstyle you want on your casual days. So, if you want to look a bit more laid-back and relaxed, add some waterfalls.

While the pipe braid is generally a casual look, there is no rule that says you cannot add some elegance. We all know the crown braid is a wedding-style and level hairstyle. And you can make it using the same technique of the pipe braid.

After all, the cornrow is one of the inspirations for the pipe braid. It is only natural that you return the favor, right? Try something different, and instead of one braid, get four cornrows.

In the past few years, the fauxhawk and the Mohawk have gained popularity. And the result is we see the style combined with other trending hairstyles. What we love here is the contrast. As in, you have a rebel and courageous style Fauxhawk, and then a laid-back ponytail following it.

If you thought that the pipe braid is not suitable for weddings, think again. Truth be told, any hairstyle can be modified to serve as a wedding-level hairstyle. But we love how the pipe braid keeps your hair in check, and gives you an elegant finish to the dress.

The Porcupine has spikes on his back to protect him from predators. Who knows, you might need protection on your head as well. Jokes aside, this hairstyle will give you a more playful look. And it does reminds us of a bit of the Japanese geisha girls.

10. Pull-Trough Fauxhawk With Side Pipe Braids

We had a fauxhawk before, but this one is a more casual and laid-back. As you can see, the beauty is that the fauxhawk can incorporate a lot of different hair trends in the final product. You have your pipe braid, side braids, and a lot more.

If you are looking for the ultimate casual hairstyle, look no further than a ponytail. The reality is that the pony has been the casual hairstyle for decades. But because everything runs out of fashion eventually, we are here to give you a new twist to the ponytail. Enjoy it.

If you want to keep your hair in check, even more, you tuck it in. Basically, you want less volume of your hair, and you want everything to be glued together. Well, here is the result of that.

13. Pipe Braids With Pigtail Buns And Side Dreadlocks

Dreadlocks symbolize the Rastafari movement. And given that there are many Rastafari festivals around the world, and the pipe braid is a festive hairstyle, it is only logical we combine these two.

As you can see, there are many ways you can play with the pony. Some go for just a short pony on the end, others play with it hard and loose. It is all about your preference. Do as you please.

There are no limits when it comes to the length of the pipe braid. Even if you have short hair, you can get just a small one on the side. See, no problem!

We talked previously how you can add some texture to your pipe braid. We had an updo, and now we have a hair knot. It all comes down to where you want to “stop your hair”.

Two beats one almost always. That is the rule. So, what is better than one pipe braid? Well, two pipe braids of course. If you follow that logic, here is one idea you can try.

We said previously you can get an elegant hairstyle with a pipe braid. And we had a couple of wedding level hairstyles as well. Here is another one on the list.

When you go for a pipe braid, one of your goals is to look casual and relaxed. Well, nothing looks more casual than a loose updo. And if you want some touch of uniqueness, dye your hair as well.

Xzibit had a show several years ago, called Pump by Ride. And one of the most famous jokes was that if you like something, you get it in your car. Like, a car in the car. Well, that is the logic here. Do you like pipe braids? Well, I’ve got you a pipe braid within your pipe braid.

A French braid ponytail is great. But if you want to take things to the next level, you go a step further. And that combines French braid and pipe braid in one.

Here is another way you can get a casual ponytail. The beauty of the pony is you can get both elegant, and casual look. We had an elegant ponytail above, and now we give you a casual and loose version.

Some women just do not know where to stop. As in, they go for one style, and then add multiple other styles to that one. Some would say that a pipe braid, an updo, and a crown is a bit too much in one single hairstyle. But others will love it.

Who says you cannot look strong and independent with a pipe braid? We live in the era of emancipated women, and their hairstyle has to reflect that.

Truth be told, it is all about the color here. In the past few years, women have started dyeing their hair in unusual colors. And if you really like to stand out, few themes beat the rainbow color scheme.

As we said before, you can have a pipe braid even if you have short hair. And you can even try the classic one.

That is all folks. We hope you enjoyed it. We finish off with pigtails, a technique in which you get two twin braids on the opposite side of the head.

Hopefully, you found some inspiration. All that is left is to get your pipe braid, and go party.