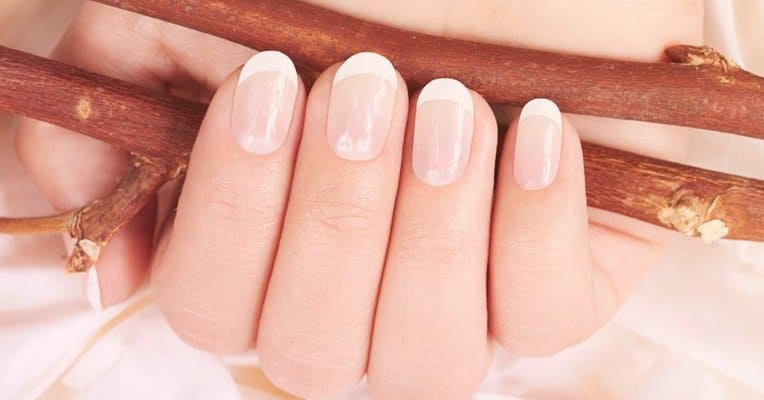 If you want to know what is the latest talk about solar nails, read on. By now, you’ve probably heard the term anywhere. Whether on a Pinterest ad, a YouTube video, or anywhere else. In the past two years, solar nails have been everywhere. So, what are solar nails?

Simply put, solar nails are a type of acrylic nails manufactured by Creative Nail Design. And while they are acrylic in nature, they are superior to regular acrylic.

They come in pink and white color and look very similar to the French manicure. They are a great idea for a wedding, birthday, or any other formal occasion. Of course, you can wear them for a casual date as well.

Once you answer the question what are solar nails, the logical second question is why you should use them? Well, for starters, they carry a number of benefits when compared to regular acrylic nails.

Here are some of the biggest benefits.

The process is done in two steps, starting with cleaning the natural nails, and then the white nail is placed on the entire nail, followed by the pink on the nail bed. But we will talk about the process of applying later on.

No need of replace

If you have acrylic nails, you have to go to the salon every 2 weeks preferably, or at least every 3 weeks. Otherwise, your nails will grow and they will show a gap between the acrylic color and your nail.

If you use solar nails, you can avoid all of the replacement processes. You do not replace the artificial nails. Instead, all you have to do is refill the nails every 3 weeks. This makes solar nails much more affordable for maintaining, despite the higher initial cost.

No worries of UV rays

If you have acrylic or gel nails, you need to avoid spending too much time in the sun due to the UV rays. These sun rays can cause damage to your artificial nails.

In the same time, you have to avoid taking a sunbath or visit a tanning center. When exposed to UV rays for a long time, acrylic nails can lose their luster and become yellow. With solar nails, that is not the case.

No worries of discoloration

Speaking of turning yellow, when using nail polish on natural nails, they can turn yellow. Discoloration plays a huge role, and that is not the case with solar nails. Your solar nails will maintain the nail polish for an extended period of time.

One of the biggest benefits of solar nails is its strength. They are very strong and do not break easily under pressure. On the other hand, most artificial nails can break under just light pressure.

When you apply solar nails, your regular and natural nails actually become stronger and tougher. Thank the materials used, as they are all of high-quality.

Solar nails and gel nails are both artificial nails. Some refer to them as false nails, fake nails, fashion nails, or even nail enhancements. Artificial nails, in their nature, are nail extensions which are used to cover the real nails.

Here are some differences between these two:

How to apply and remove solar nails

Now that you know what are solar nails, you are probably wondering how to apply them. Anyone who is interested in getting solar nails, will be pleased to know that they can easily be applied at home. In fact, they are quite easy to apply.

Solar nails are glued directly to the end of your natural fingernail.

The process is the following:

As mentioned, you can apply the nails at home. Or you can go to a salon and have them done, as they are not that expensive.

As for how to remove them, the process is even easier. Solar nails fall off after a few weeks, and before that, you can notice they are becoming more flexible. Simply pry them off, and there will be no damage to your real nails.

How long do they last?

One of the questions many have is how long do solar nails last. Generally speaking, they last for three weeks if not filled. After those three weeks, they will naturally fall off. Sometimes, your solar nails can come off even without you noticing.

The process is painless, and there is no damage to your nails. Just be prepared that your natural nails will be weaker for a week after the solar nails fall off. You have to be prepared of some flaking and cracking in the natural nails.

Take your multivitamin ladies if you want to have healthy hair, skin and nails? Check the 7 best multivitamin for women picks by our friends at Fitness Volt.

Written by Meghan Hale, a content writer at Deepak Shukla and editing machine. You’ll find me yelling at my dog to stop barking, whether it be at the neighbours or on a long afternoon walk

1 thought on “What are Solar Nails? The Latest Manicure Trend Explained”